The Arvin Heater Company was only around for less than three years; but in that short time, it provided the Arvin brand name that would last into the next millennium AND the company name that would eventually be attached to the company for over half a century.

It has been interesting to read about some of the theories as to why they might have chosen to attach the "Arvin" name to the heater in the first place.  Obviously, it was the inventor's name.  Some say Q.G. thought it would be too confusing for those poor spellers among us to try to remember if there were one or two b's or t's in Noblitt.  Frank Sparks thought the name Sparks might have sounded a little too dangerous to launch a successful marketing campaign in the automobile industry.  "The Indianapolis Air Pump Company Heater" might have been a little verbose?  Legend has it that since the name "Arvin" was short, easily pronounceable, and near the front of alphabetically listings, it was chosen.  At any rate, the name stuck and was attached to the heater, hundreds of other unique products, and eventually the company itself.

Before the end of 1923, Richard Arvin sold his shares of the company, so the Arvin name no longer had a company namesake; and Al Redmond had returned to Michigan where he would start his own very successful business and eventually be an important supplier to his former company. 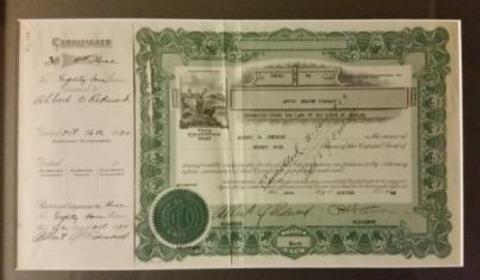 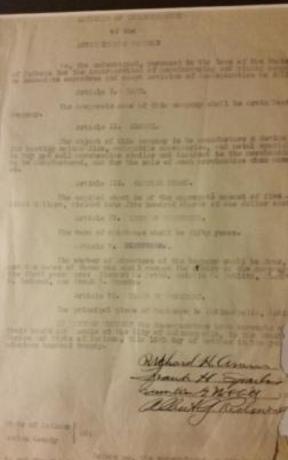 To the left is an image of Stock Certificate #1 --- issued to Richard H. Arvin for 250 shares.  This represented 50% of the shares of the company. 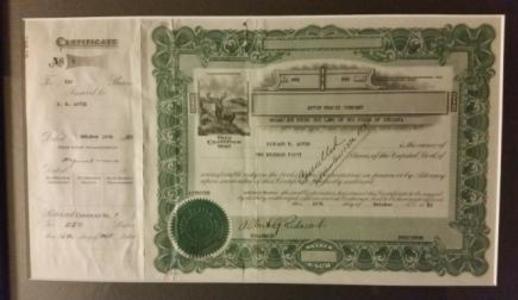 We are very fortunate (you can read more in our Acknowledgements  page) to still have many of the original documents from the creation of this company.  To the right is an image of the last page of the articles of incorporation signed by the four partners. 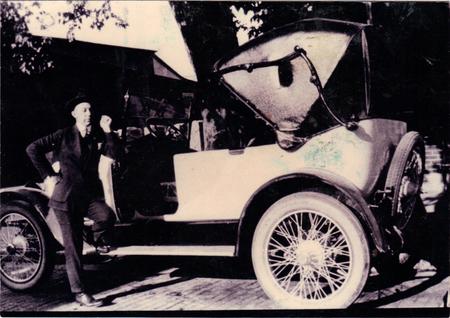 In 1920, Richard Hood Arvin (shown to the right) approached the three partners in Indianapolis Air Pump with a proposal to manufacture a car heater for which he held patents.  In order to accomplish this, the four men formed a separate company, The Arvin Heater Company, for that purpose.