We also possess an example of a Model 445A which seems to be a model that was marketed in Canada. 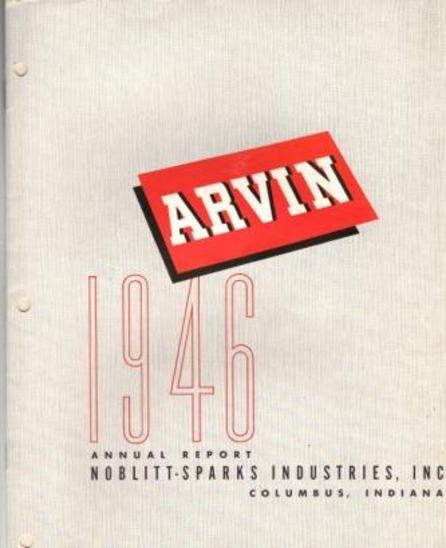 that would last for years.

Another "Arvin" radio that was manufactured shortly after the war ended was the Silvertone Candy Cane radio.  We found a great photo of some ladies on the production line, along with a marketing photo, and operating instructions!

The 1946 Annual Report featured a page of radios, heaters, and housewares 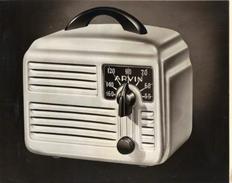 The 444 line of radios were housed in small metal cabinets.  It didn't take a great deal of material to produce a cabinet.  They could practically be made from scrap blanks from other products (although there is no documented evidence that they were).  It's not surprising that these were among the first models produced and sold after the war.  As far as we can tell, they were still being marketed as late as 1948.

Links to hi-res albums for some 1946 radios: 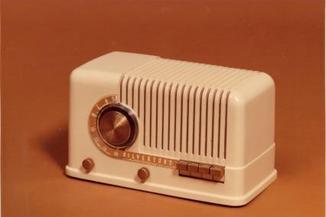 After the fall of Japan, the Government cancelled its contracts and the Company began to reconvert its factories in accordance with plans made many months before.  It was possible to begin some peacetime production soon after V-J Day.  However, inability to clear out plants immediately of war material and to obtain needed tools, machinery and equipment, and particularly the inability to obtain materials in required quantities, handicapped Noblitt-Sparks in its operations during the latter part of 1945.  As this is written, re-conversion is all but complete, the only serious problems affecting the Company's production now being those relating to materials. 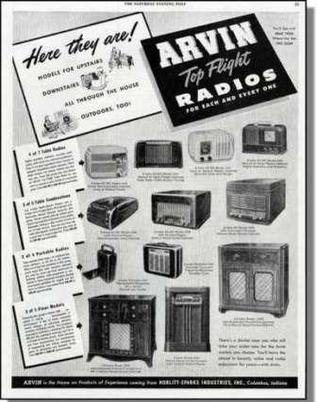 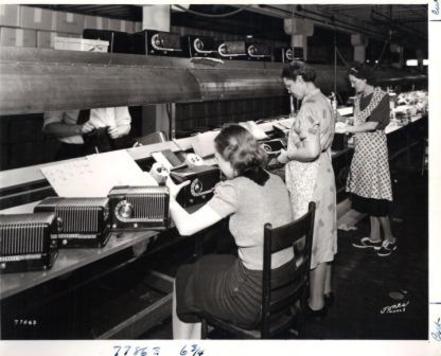 When World War 2 ended in the latter half of 1945, there was obviously great euphoria and relief flooding the U.S.  At the same time, in spite of plans and hopes and advertising campaigns that had been in the works for many months, normal manufacturing activity did not immediately return to Noblitt-Sparks.

For some reason, we've had difficulty locating company records on radio production and radio models, but we can find some hints by looking at annual reports.  The 1945 annual report, issued in early 1946, contained the following:

Another big seller for 1946 was the Model 544 (and 544A).  Always a favorite cabinet model for lovers of Arvin bakelite models, the 544 series utilized the same cabinets that housed the Models 616 and 616A whose production was cut short by the advent of the war.  Since Noblitt-Sparks purchased these cabinets, it's likely that they had a pretty large stock of inventory in 1941/1942 when the 616s were discontinued.  It is likely, they were then pulled out of storage and used to house the 544 series.

Several more radios were released in the latter part of 1946 that were actually part of the 1947 line, so we will include them on the 1947 page. 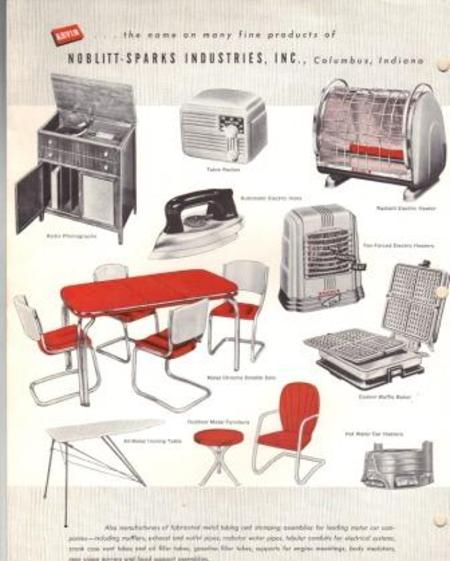