Links to hi-res albums for 1955 models below:

To the left is a page from the the May 1955 edition of "Arvin Folks" announcing the introduction of another portable radio, the Model 954P, into the product line.  One thing that we tend to either forget or not realize about all these portables at this time is that they were still tube sets as opposed to transistor sets; and they still required bulky, heavy batteries.

Probably the best place to start is with the models actually listed in a Radio Technical Bulletin released by Arvin that declared them 1955 MODELS.

We were fortunate to have some color marketing and specification sheets for many of these sets as well.

Images of these colorful sheets, complete with NAMES as well as MODEL NUMBERS follows.  They are listed below in NAME sequence.

The images below are only thumbnails, but there are links to hi-res albums at bottom of page. 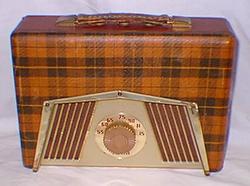 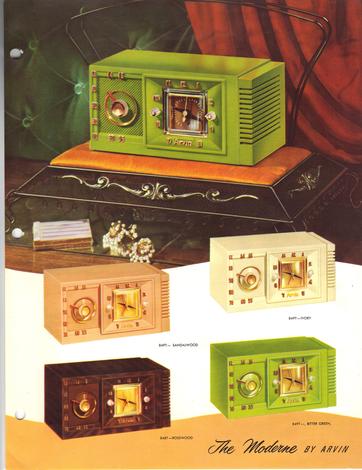 Click on image below for hi-res album of marketing materials:

It appears that other models were introduced, as well.  To the right, you can see the photo of a PLAID (!) version of the model 852P that was rescued from a Franklin (IN) antique shop's back room in the mid-1990s.  How many of you have ever seen a plaid radio before (at least this side of Scotland)? 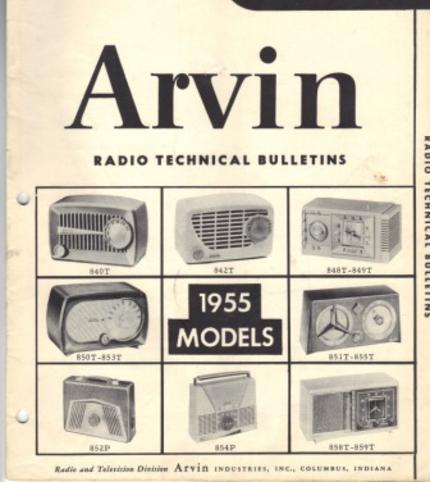 By the time 1955 rolled around, the US was nearly a half decade into the boomer generation.  Both society and the world of consumer goods were evolving rapidly.  The lines between one "year" and the next were being blurred by the rapid changes in needs and desires of the population.  As has been mentioned earlier, there was a lot of crossover between the different model years in the Arvin radio lines.  Some models that were part of the 1955 line had actually debuted earlier.  And since new model lines were generally released in September or October of the previous year, you'll continue to see much back-and-forth on this website when it comes to pinning down when a radio was actually released.  In reality, a year or six months doesn't really matter anyway.  We're concerned about style and function and not whether a radio is 65 years old as opposed to 66 years old.  Below you can see some images and documents associated with Arvin's "1955 models". 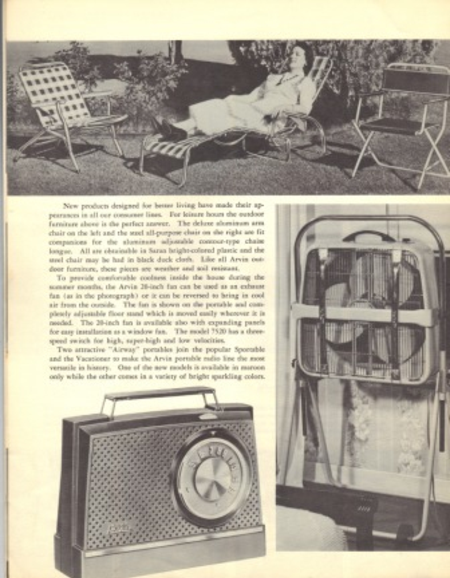