Unfortunately, we've not located definitive model listings for these eleven models from the end of 1946 which would have made up the product line for 1947.  We'll do our best, using advertisements and releases to determine which radios were 1947 models.  Essentially, from magazine advertising and annual report photos, we have evidence that the following models were produced & shipped at some point during the 1947 calendar year.  This adds up to more that eleven models, but we don't know if they considered Models 555 & 555A (for example) as one model or two?  You can click on the links below to access a hi-res album for each of the different models:

At the beginning of 1946, the Radio Division was producing but three different models while at year-end eleven different models were being manufactured.  Scheduled for production during the first half of 1947 are four new types of radios, these including a table model record-changer, a portable set, and two F.M. - A.M. type models.  During the war Noblitt-Sparks was a major supplier of radio equipment for the Signal Corps, and out of that manufacturing experience came developments and techniques which now are embodied in the Company's peacetime radios. 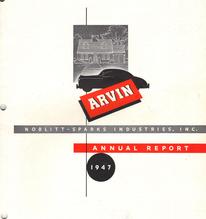 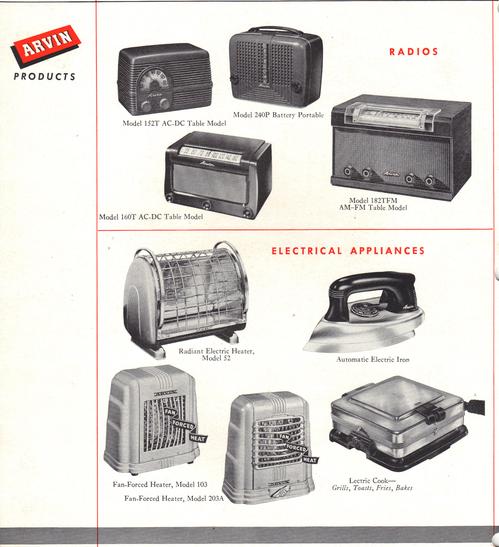 The annual report for 1946 included the following: