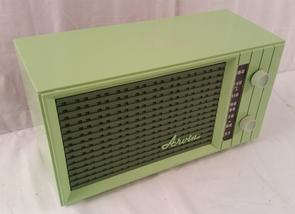 We have virtually all the 1957 models, so we'll be collecting photos of them soon.  Until then, here are some thumbnail images of documents we've found.  It's a great and colorful year for Arvin radios!

Click on a model number below for a hi-res album for that radio: 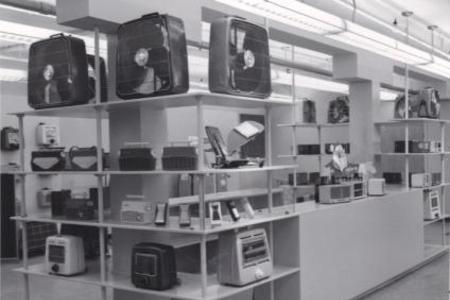 1957 was an exciting year that was essentially the beginning of a new era of Arvin radios.  While it essentially began in 1956 with the introduction of the model 9562, the year 1957 marked the first big year in the Transistor era for Arvin radios.  You can read about some of the early Arvin transistor sets (the most collectible of the Arvin transistors) on the Early Transistor Radio page.

There were still plenty of bold, colorful tube sets still flying on and off dealer shelves in 1957 also.  Below we have scans of a rare 24-page ad mat booklet for many of the Arvin sets.  The ad mads seen below were intended to be used to create basic black & white ads in magazines and newspapers.  While they don't do justice for the great colors on the 1957 sets, they give you an idea about the different designs available.

The metal sets pictured on pages 3 & 4 of the ad mats were, to our knowledge, the last of the metal cabinet sets marketed by Arvin.  Their final production counts are not known, but they numbered in the millions for the various models of these 4-tube sets!

You can see the model 9562 on page 18 of the photo gallery below.  All the other portable sets in the ad mats are tube portables, as Arvin was winding down this part of their history and moving into the transistor age.    Please note that the numbers under the radio pictures on the last few pages are NOT model numbers (they refer to the ad mat numbers).

We'll add a section with color images (scans and actual photographs) a little later.   For now, enjoy the info contained in the ad mats!  And you can go to the bottom of the page for links to hi-res color albums for most of the 1957 sets! 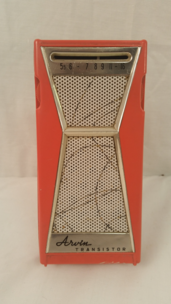 Photo on the right looks to be an arrangement of products (radios, heaters, and fans) in Employee Store circa 1957.