And in 1950, the name was changed to Arvin, Industries. 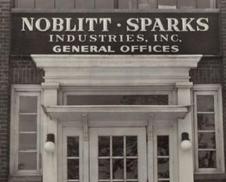 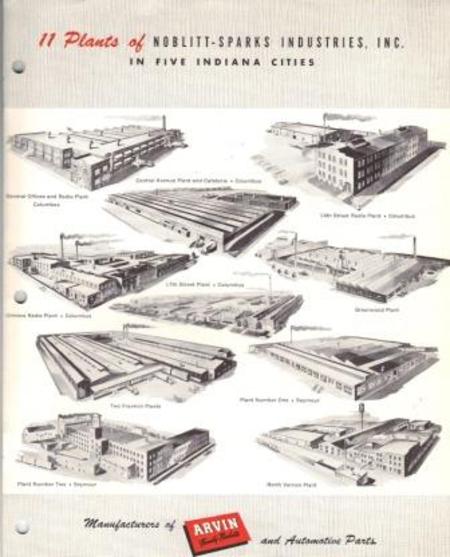 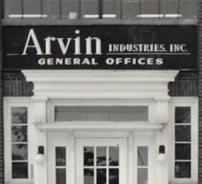 The time spent under the name of Noblitt-Sparks, Industries was probably the most storied  portion of the company's history.  The period from 1927 until 1950 spanned a Great Depression, World War 2 , exciting expansion of products and business, and the ushering-in of the Baby Boomer generation and all the optimism and excitement that came with it.

Additionally, the company was piloted during this time by members of arguably the Greatest Generation of citizens in U.S. history.

Consider that under the name of Noblitt-Sparks the company ventured into the following product lines and processes (among many others):

To the left is a page from the 1946 Annual Report with photos of the eleven* plants the company had established by that time.  They are (top-to-bottom and left-to-right: